"Oh no! My hands are cracked!"

(She is just now noticing and referring to the lines on her palms and also that her skin is so dry from this brutal winter. She originally wanted a bandaid or "bandage" as she refers to them as for the cracks. Ha!)

"Delaney, who is your new friend at daycare?"

(Turns out her name is Avery and, small world that it is, she is the child of someone we went to high school with!)

Also "Octopus" can be easily confused with "Apple Purse" :)

Daddy and Delaney were having craft time and he asked her what she wanted him to make her out of the craft paper. And she said an Apple Purse - so that is what he made...and she told him no and took it from him and cut the bottom all up (for legs) :)

It wasn't until a few days later when he was retelling me the story that we put it together.

Posted by Stacy No comments:

(Indianapolis) To Do with Toddlers: Veal's Ice Tree

This has been one of those soul sucking winters that just makes you want to pack up and move to the equator. I mean S.E.R.I.O.U.S.L.Y. Now add in an on-the-go toddler and an infant and you practically spell out stir crazy.

We packed everyone up this past weekend and spent a day at the mall (ugh), the three-year-old burnt some energy with Dad at the indoor playground (yes, germ-city - we know...)and Mom took the baby around to cross off some returns from our list of to-do's.

Afterwards we revved up the GPS and headed towards I-74 in search of the fabled ice tree. I have heard about it off and on for the last several years but never made it out that way. It really is a must-see! In person this ice sculpture is just magnificent and jaw dropping - makes you stand there in the family's backyard in utter awe and silence. Definitely will be a seasonal family tradition from now on! In fact Delaney asked to see it again this morning -- a full two days later! Next time we will remember to bundle the baby - so THAT's why those pink baby snow-suit things exist - aha!

Pick up a brochure while you are there and read more about the tree and it's history - fun little back story.


Posted by Stacy No comments:

There is something exciting about taking ho hum leftovers and creating something fantastic out of it. I also see the random left overs in the fridge as a bit of a challenge. Sour cream, whipping cream, half a box of vegetable stock....bring it.

We had went out Saturday night on a rare double date night with some new friends and came home with half of a chicken. I told him to order pasta but he swears he didn't hear me - but either way we came home with an entire half a chicken that he didn't touch much of. I do admit it didn't look good - neither of us enjoy picking meat off bones.

Sunday night rolled around and I was still looking for ways to use up the half a box of vegetable stock that has been in our fridge from a pasta sauce recipe we tried. Perusing through my evernote recipes for inspiration - it hit!

Half a left over chicken fully seasoned and cooked from the restaurant + vegetable stock + sour cream + 1/4 bag of tortilla chip crumbles = Enchilada Soup!

It is a recipe I have saved in my evernote account for awhile now that has sounded so good! Though at first, as it was cooking up I was skeptical - wasn't hitting me as great as far as smell or taste with just the chicken, store-bought veg stock and tomatoes. Not to mention that I forgot to grab heavy cream from the store - boo! Nothing else to do but improvise! Took advantage of the "cream of something soup mix" I had made up quite a while ago in the pantry - put in 2-3 tablespoons. And a few tablespoons of flour, a few tablespoons of butter - lots of salt and pepper.

But what really made this meal come to together are the add-ins. They take the soup from mediocre to sheer inhalatino-mode.

Here is what we added and suggest making mandatory if you plan on trying this recipe at all - of course they cannot be added on until last minute right before serving.

- crumbled tortilla chips (enough to make up for the thickness of the soup depending on how much chicken you put in etc - I never got the base to actually become creamy as the recipe states - of couse I didn't have heavy cream so this could why - no I take that back - it is definitely why - but I didn't want to NOT make it or run to the store again - so two handfuls of crumbled chips it is!
- cheddar cheese
- monterrey jack cheese
- sour cream dollop
- green onion
- and inhale :)
Posted by Stacy No comments:

Who wants to join me on Instagram!?
Posted by Stacy No comments:

Confessions of a Design Junkie

My Birds & The Bees Blog 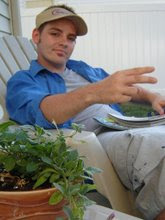 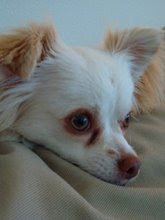 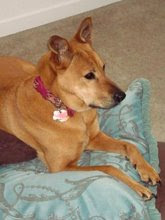 Our other pampered pup! 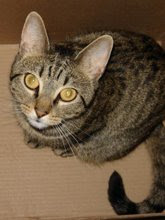 My Blog Is Loved! 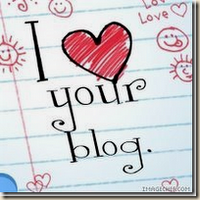 Thanks Return to Rural! Love your blog too!